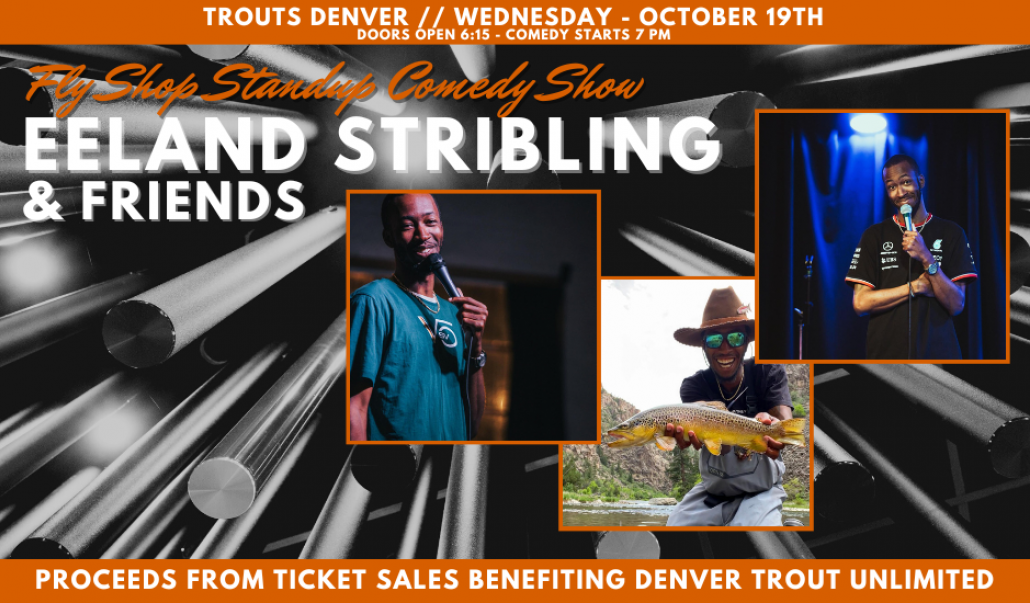 We're not fly shop historians by any stretch of the imagination, but we're fairly positive that the following sentence has never been uttered:

"So, I saw this banger standup comedy show at a fly shop the other night..."

Well, after Wednesday, October 19th, 2022, we're confident it'll be said at least a time or two. We're excited to announce that the one and only Eeland Stribling (aka @blacksteveirwin) will be gracing our Denver shop with his presence and his jokes. That's right. "Ya Aunty's Favorite Comedian, Wildlife Educator & Biologist" and two of his comedian friends will be throwing down on the sales floor of our Denver shop - all in the name of conservation.

TICKETS ARE AVAILABLE NOW. They're $10 and all the proceeds from the event will be donated to Denver Trout Unlimited to help them in their quest to conserve the Denver South Platte River by improving the fishery, water quality, river access and fishing opportunities for all.

Complementary BEERS will be provided by our good friends at Oskar Blues - including something fresh and new on the way.

It should be noted, Eeland & Company will be telling jokes. Not fly shop jokes. Just jokes. Damn good jokes. Damn good jokes that are intended for those of us who are 21 & older and are cool with jokes of all kinds, especially ones that might normally be told at a comedy club. If you're into jokes, beers, and hanging out at a fly shop...you don't want to miss this.