PHOTO ESSAY: Seeing Summer Out on the Willy 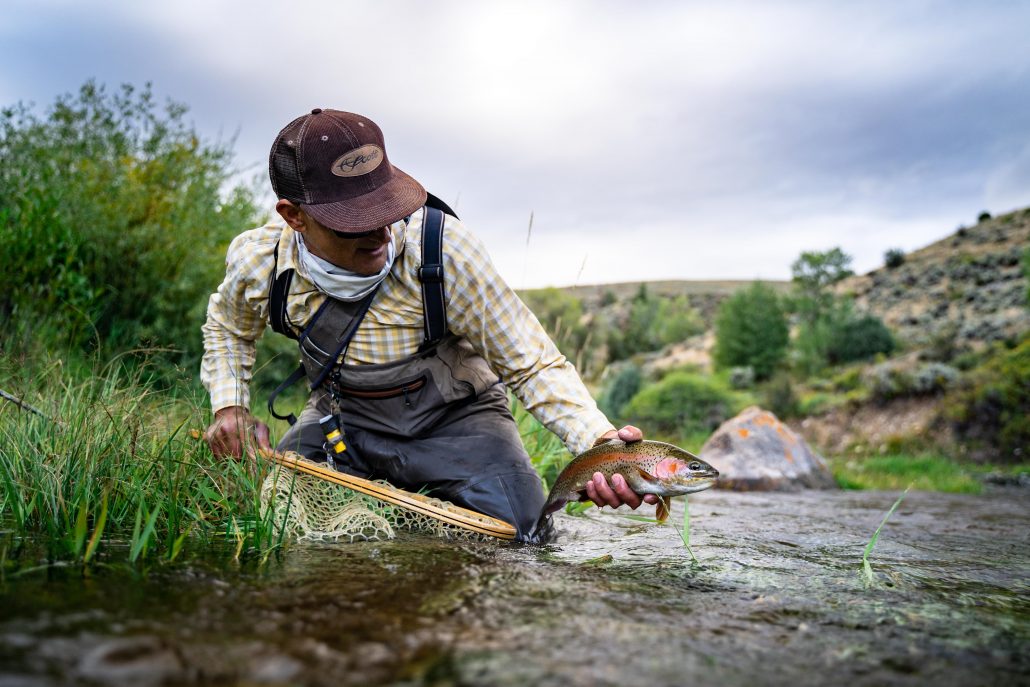 You might have heard about us say that "SUMMER AIN'T OVER." Technically, we're correct. We don't want to brag too much, but we know how to read a calendar. But, if we're being honest, we're getting hints of fall every couple of days. Last week, I drove up I-70 to meet Zeke for an afternoon session on the Williams Fork. After knocking some work related tasks out in the morning, we jumped in Zeke's truck and drove north from our Frisco shop. What was on the docket for the day? Flows were a little higher than normal and we were thinking dry-droppers.

As we headed north on Route 9, Zeke let a quick non sequitur go, "It's supposed to snow tonight." "Really?", I said. I don't know why I'm surprised. It's high country, after all. "Well, shit." I said. "I only brought wet wading boots and the most comfortable pair of wet wading pants I own." Zeke responded, "It's supposed to be a little colder today." I looked out the window and saw some high country foliage well on it's way to fall colors. I countered, "That's too bad...for me." We rigged up and started the hike towards this short, but productive tailwater section that flows into the Colorado.

This cloud cover had Zeke and I dreaming of blue-winged olives.

With flows a little higher than normal, Zeke picked out two heavier tungsten droppers to get down into the zone.

Zeke reacts as he gets a hopper eat...

...and then misses. Happens to the best of us.

We kept on moving upstream and Zeke kept on plucking smaller fish out.

Zeke put a respectable brown in the net.

On to the next one.

High-sticking through the pocket water.

Zeke showing off his best walk-and-cast. Nothing like trying to rush through moving water and still hit the good stuff.

Another dink for Mr. Hersh.

Just as we were about to call it. I heard Zeke hooting and hollering. I was a bend or so down. I threw down my camera bag and started hoofing it to Zeke. I was expecting a big fish in the net. But, instead Zeke comes busting around the corner trying to lead a good fish through this fast water.

Zeke with a last second scoop.

And viola. Zeke showing off the reward for all that sprinting...

One last glance at a Willy's Fork rainbow.