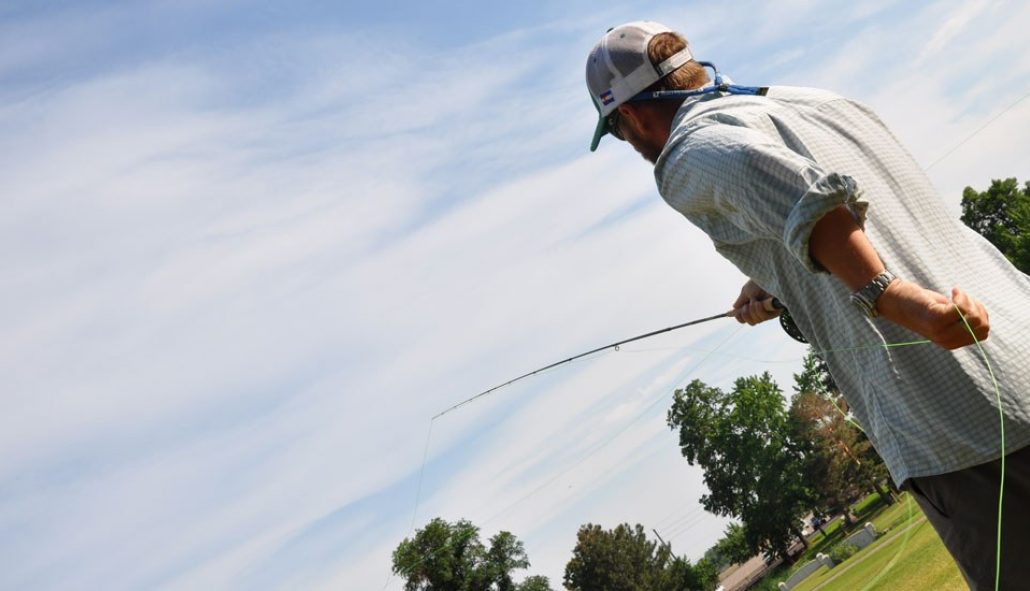 Say the word "Orvis", to most fly anglers you're bound to get one of two answers- "love 'em" or "hate 'em". I've never really found too much middle ground when it comes to the brand. Additionally, I feel "The Grand Ol' Brand" has done a great job in recent years converting more and more people to the "love" category. The person writing this would certainly fall into that category. Like many younger fly fisherman, the Orvis brand carried a stigma in my mind that I know was shared amongst countless other anglers: east coast, "old man", stuffy, high brow, (I could easily continue) and on top of that all, questionable quality. And then one day I'm flipping through a magazine and see an advertisement for something called a "Helios". For whatever reason this caught my eye. About a month later, I was visiting my in-laws when my father-in-law (who doesn't fly fish) mentioned he "won a fly rod at a fundraiser/work event" and asked if I wanted it. I didn't know what to expect regarding this free fly rod about to be bestowed upon me, but when I was handed a 9 foot 5wt mid-flex Helios, I was pleasantly surprised to say the least. The Helios quickly became my go-to rod for mid-sized fish and I'm still fishing it to this day more than any other rod. I became an Orvis convert.

Then the Orvis Helios 2 came out and became the most awarded winning fly rod in history. Not a bad feather in the Orvis cap to say the least. I don't think I've talked to one person in the shop that was in the market for a top-of-the-line fly rod and wasn't considering a Helios 2.

But what if you're in the market for a high-peformance fly rod but don't want to break the bank? Enter, the Orvis Recon. The Recon is Orvis's newest offering for 2015 and I'm confident this rod will fast become a crowd favorite. Designed with similar tapers as the Helios 2, this rod features a much faster action than typically found on mid-price rods. The freshwater series starts at $425, while the saltwater series is just slightly higher at $450. The Recon will be replacing the former mid-priced Access series which has been around for a number of years. 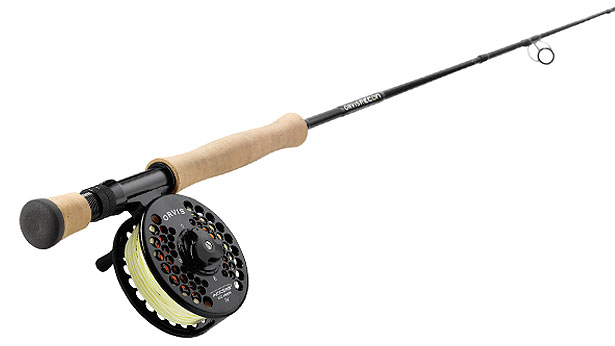 The mid-priced fly rod market is pretty hot right now. Fly rod companies are doing a great job recognizing that not everyone can afford an $800 rod to take trout fishing on the weekends, yet want something they can depend on years of performance out of. I've cast many of these newer mid-priced rods lately from all the major manufacturers and have for the most part been pleasantly surprised. It wasn't until I spent time casting the 4wt and 9wt Recon this morning that I was really surprised. The Recon is light in hand, loads quickly, and packs a ton of power. With the 4wt, the rod performed well whether I was casting 20 feet or 70 feet of line. Versatility is something I demand out of my trout weight fly rods and the Recon fits the bill in every sense. I would feel confident throwing a nymph rig or small streamer with this, and then switching it up to a small dry fly for an afternoon Baetis hatch. When it came to the 9wt, I was equally as impressed. Take the labels off and you'd never know you're casting a $450 rod. I was easily able to pick up 50 feet of line, without adding a haul, and fire it back out with a ton of line speed. If you've ever been on the bow of a flats skiff, then you've undoubtedly experienced the situation where you're casting in one direction and had to pick up a decent amount of line quickly and switch directions for a bonefish (or hopefully permit) that has snuck up on you. I replayed this situation several times with the Recon, with varying amounts of line out, and it performed flawlessly every time.

The freshwater series comes in sizes 3-6wt, in a variety of lengths including a 10' 4wt and 5wt.

For further information, check out a video from Tom Rosenbauer, Marketing Director fo Orvis Rod & Tackle as he explains a little more about the Orivs Recon Fly Rod.