The Risers 4 Rett event raises money to fund the Rett Clinic, and traditionally takes place twice a year (generally a Fall and Spring event). Rick Mikesell and I were there along with all of the other teams for two full days of fishing. The two days broke down with one day of wade fishing and one day of float fishing, you would then count the number of fish caught for the day and submit scorecards to the judges. Kokanee Salmon were everywhere so the only execption for fish counts were for those guys. It had to be trout!!

Water that groups got to fish included: the Gunnison River, the East River and the Taylor River near Gunnison, Colorado (not to mention, some world-class private waters in the area).

The fall colors were out. Just scroll down, you'll see what I'm talking about!

The lower Gunnison River on Friday. 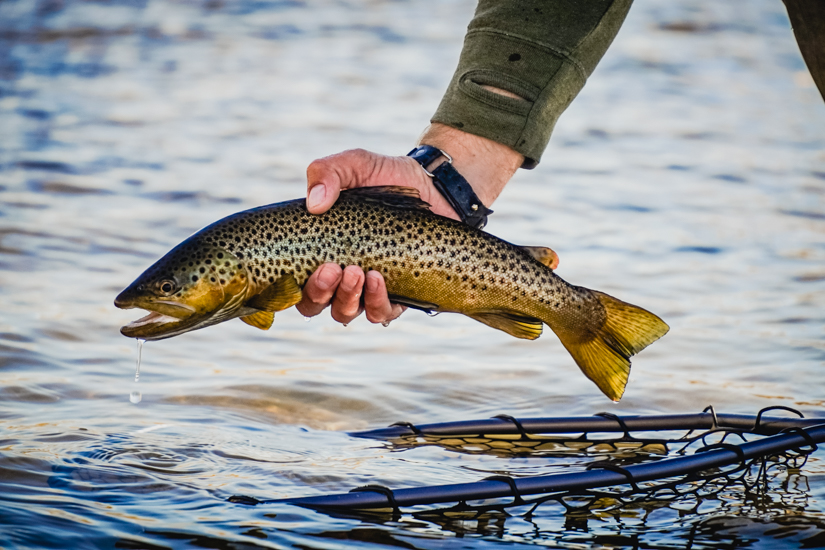 Friends interested in joining the party...Hey it's for a good cause! 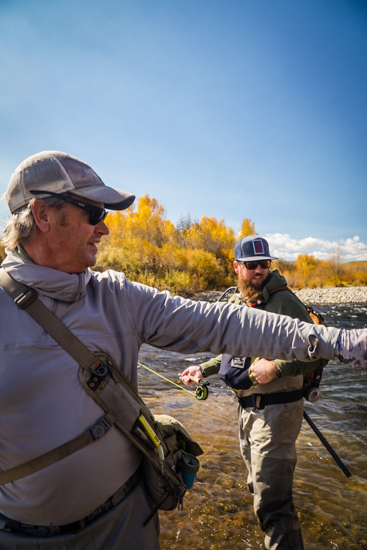 We got CJ Hoigaard, out of Dragonfly Anglers, in the mix for Friday 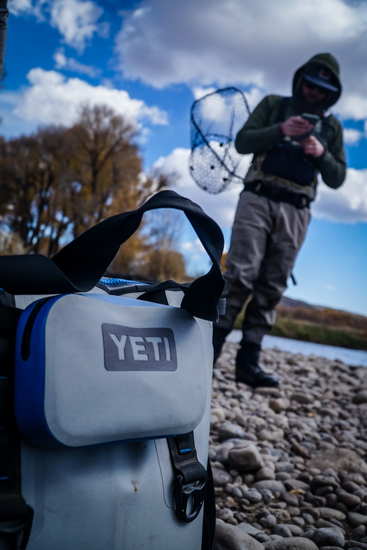 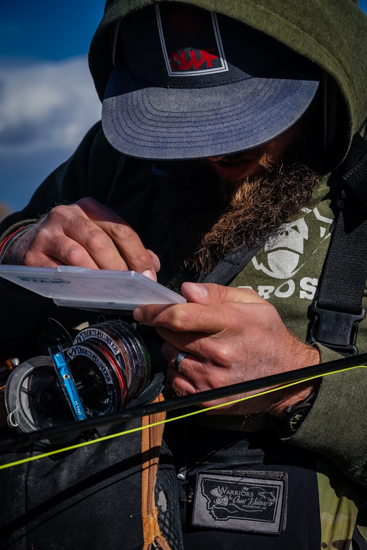 LUNCH: Fuel back up after a windy morning, and then just get back after it!

The afternoon brought some serious DUB or wind (if you actually want to say that word while you're on the water) you can only see a few leaves in the water in this photo, but it was a straight up, prolific leaf hatch. 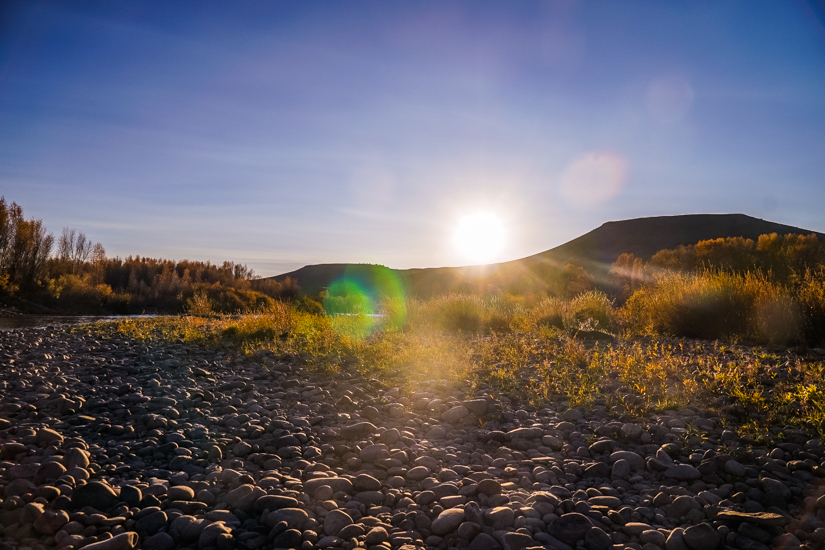 We finished our evening on the water and went back to the cabin to clean up for dinner at the Almont Resort. Beers, burgers and brats were on the grill, while all the anglers shared stories of their day on the water. 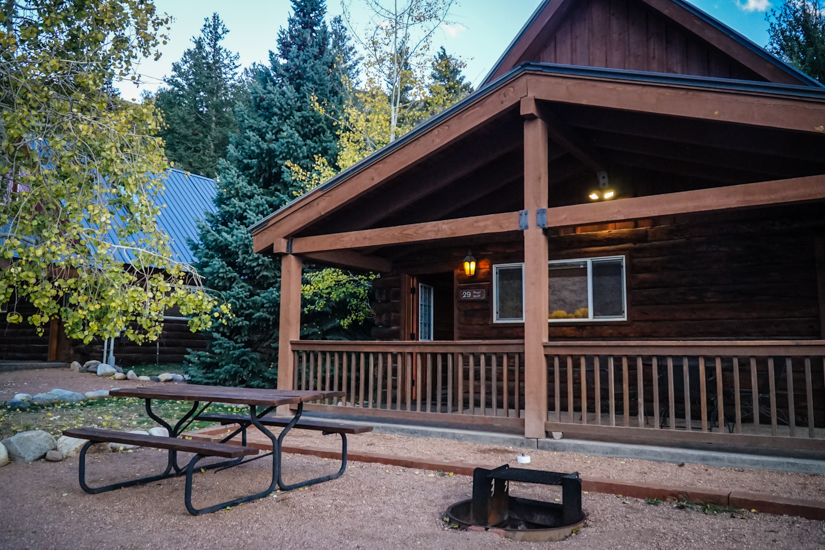 ROYAL WULFF: Cabin 29 at the Three Rivers Resort. If you haven't had the chance to head over here and rent one of these cabins to fish for a weekend, highly reconsider. 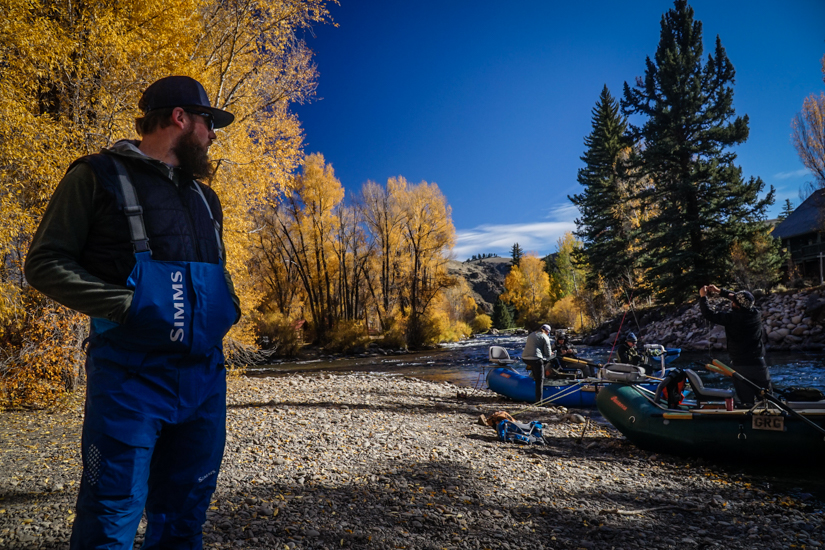 Rick was very much into rocking his Simms Challenger Bibs. 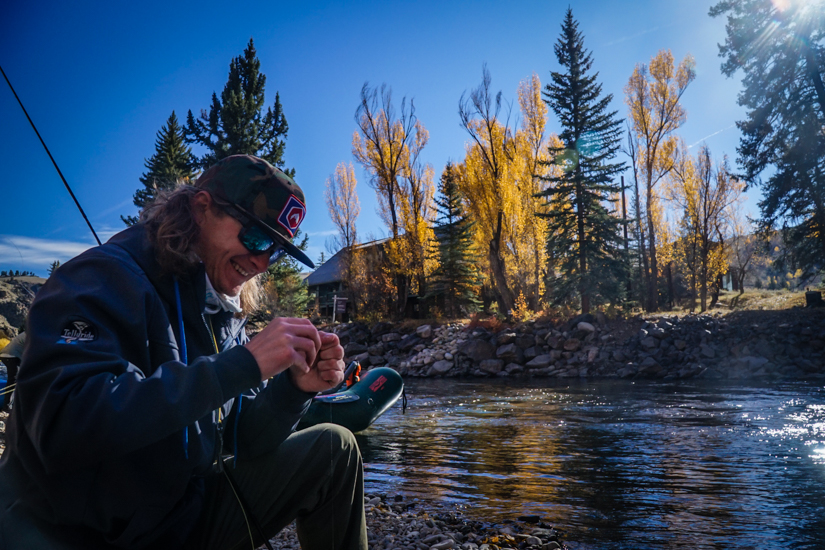 Parker from Teluride Outside, one of our roomates for the weekend in his happy place. 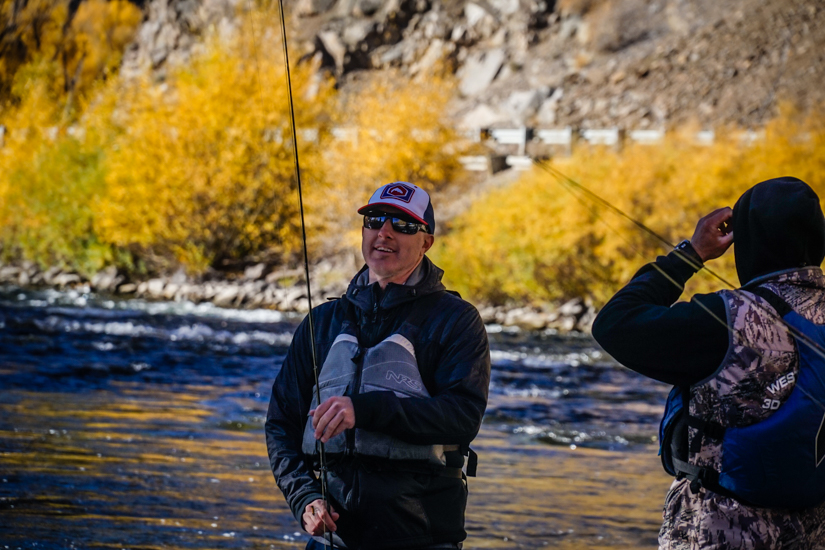 Jay Mainwaring from Simms helped contribute to the success of a memorible weekend in Almont. Thanks Jay! 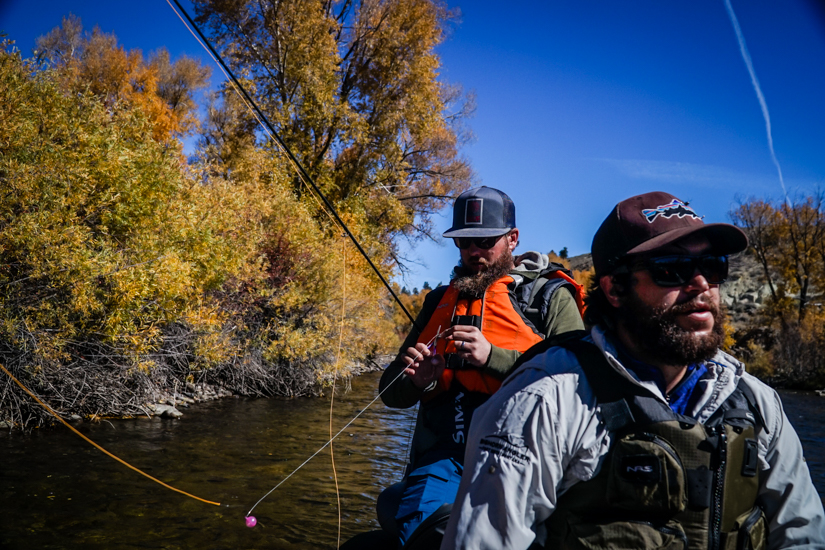 We might of been bobber fishin...for a little bit.

Dylan may have gone Bro-Kanee on this Kokanee Salmon. Even after a full day float, Rick and I still felt that it was appropriate to get out and fish for a little bit longer. After all, we were on the Gunny and the fish were still cooperating with us, so why not? How about one more Kokanee? 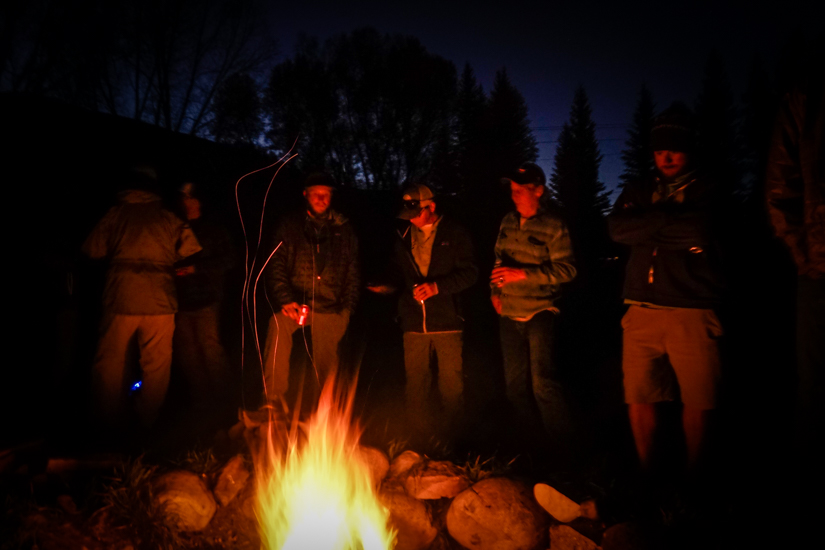 On Saturday night, all teams were invited to hang out by the fire outside before the BBQ and Awards dinner. You could hear all of the chatter about lost fish, or how the mono loop hook removal method was a lifesaver on the water that day.

Rhett Syndrome is a neurological disorder that affects young girls, mostly with loss of speech and motor control. It can severely disrupt breathing and eating, cause skeletal deformities and physical seizures, and induces tremendous emotional duress. I would absolutely recommend for you and a fishing buddy to enter into this event in either one of the dates that its held!