During our recent Bring Your Own Rod (BYOR) Casting & Cocktails with Scientific Anglers, Doug Garvey, our Scientific Anglers rep, challenged me to throw a big pine cone using a Titan Taper and a 9 foot 10 weight Winston Boron III Plus. I wasn't feeling terribly confident. I hadn't thrown the Titan Taper yet and a pine cone doesn't fly through the air with the greatest of ease. But, what the hell, it was almost time to pack up our stuff and I was feeling frisky after a couple of 3.2% cold ones.

After a warmup cast or two, I was tossing that pine cone with relative ease. I say that...to say this, we will have runoff this year and if you're anything like me, you love throwing big streamers on our area freestones. Hell, you might even love throwing big bugs to toothy Northern Pike around the state. Enter the Scientific Anglers Titan Taper. The Titan Taper loads quickly and turns over big flies with ease because of it's short, powerful head and it's short, front taper. The first ten feet of the head are over-weighted by two fly line weights! This line isn't designed for stealth or finesse, it's designed for the delivery of big flies, quickly and efficiently. While we might not see a huge runoff this year, we will see elevated flows and it's hard to beat throwing big streamers during these higher flows. Save your shoulder this big bug season and consider spooling your favorite big bug fly rod with one of the many Titan Tapers that Scientific Anglers offers. 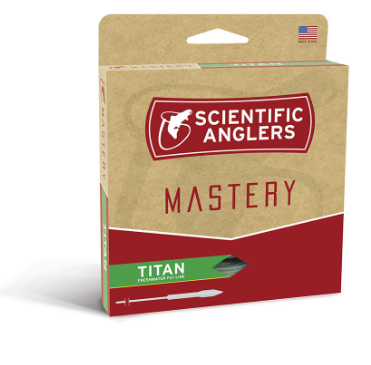 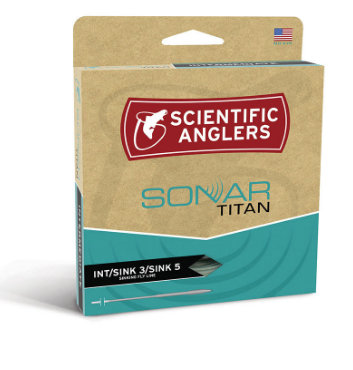