The Day I Caught a Sucker in Cheesman Canyon 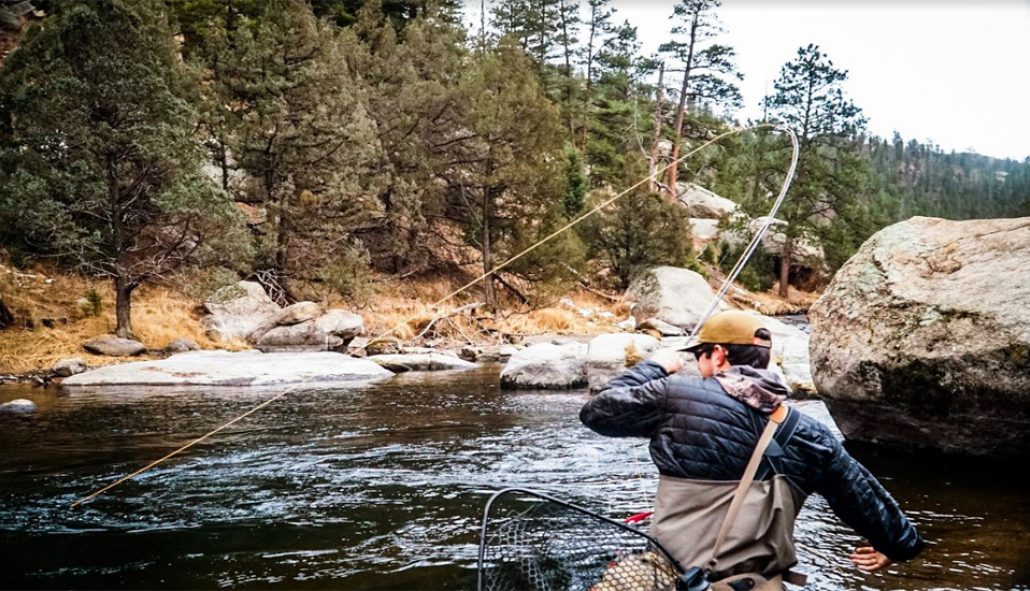 After a long weekend of working the Denver Fly Fishing Show, Trouts Owner Tucker Ladd rewarded us all by closing the shop on Monday for a crew fishing trip. The late work night Sunday, breaking down our booth, and the projected 60-70 MPH winds had everybody eager to get a little sleep, so we set the meet time for 10 AM at Gill Trailhead. We all made carpool plans and arrived at the parking lot right on time. The weather forecast was right on the money, so there was no real rush to get ready. That left enough time for everyone to hangout and have a morning red beer before we hit the trail. Considering there was 11 of us, I figured there would be plenty of time for us to all hang and heckle each other while we fished. Heckling buddies on the river isn’t as fun without beer so I took it upon myself to fill my Simms Waypoints Backpack with as many beers as possible. (42 beers and a bottle of Zing Zang to be exact)

If you have ever gone fishing with such a large group, then you understand the trip is more about camaraderie than actual fishing. It’s also these type of trips that funny things tend to happen. This trip was no different. As we got into the canyon, we all began to split off into groups of 3-4 and chase some trout around, or in my case Suckers. Before I let the pictures from the day do the majority of the talking, I’m going to share with you two of those funny things. The first was myself getting into my first run of the day, working it alongside our Outfitting Manager Dave Lovell and Trouts Head Guide Scott Dickson. As the indicator went under, I set the hook and as luck would have it, I landed the elusive Cheesman Sucker. Dave and Scott have a combined experience of 40 plus years fishing Cheesman and both told me it was the first sucker they have ever seen. Dave said it best when he told me, “Tanner I’ve seen smallmouth bass, palomino and tiger trout come out of Cheesman but, never a Sucker so if we are keeping track of fish counts for the day you’re sitting at -5.”

While I did everyone the favor of putting an end to the lifelong Sucker Skunk, that wasn’t the only funny thing to happen. As the day began to come to an end, we all were gathered around one run while a few of us fished. Trouts GM Rick Mikesell and Shipping Manager Cole Purswell were working a run simultaneously. As Cole’s indicator went under he set the hook and within a second Rick’s indicator also shot under the water. I know what you’re thinking, they both caught each other and got tangled together. However, a fish was pulling line from both of their reels so we all began to laugh and take bets on who hooked the fish fair. When they got the fish to the net the anticipation for the answer boiled. As it would turn out, both flies were in the corner pocket of the fish's mouth. We all enjoyed a laugh as they both shared the gripper of maybe the nicest fish of the day.

I could go on and on as there were plenty of other highlights from the day, besides our not so stellar dinner service (Thanks Dave for the Choice) it was a day of firsts for everyone involved. So I will leave it at that and now let the pictures take care of the rest... 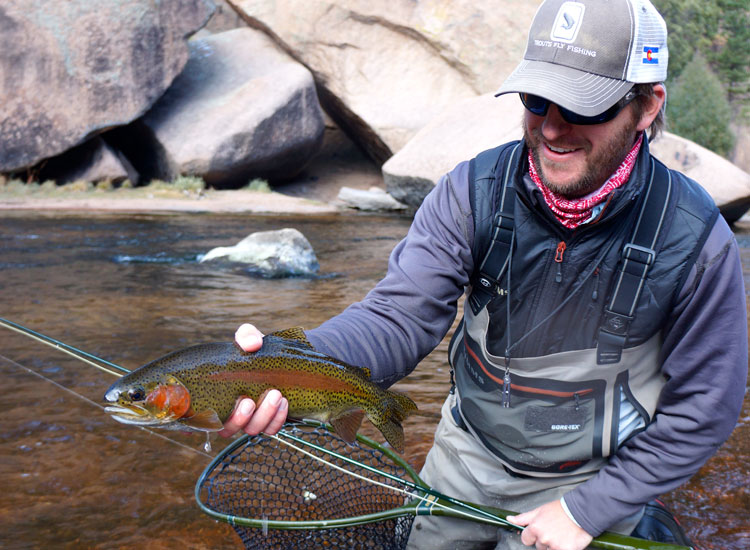 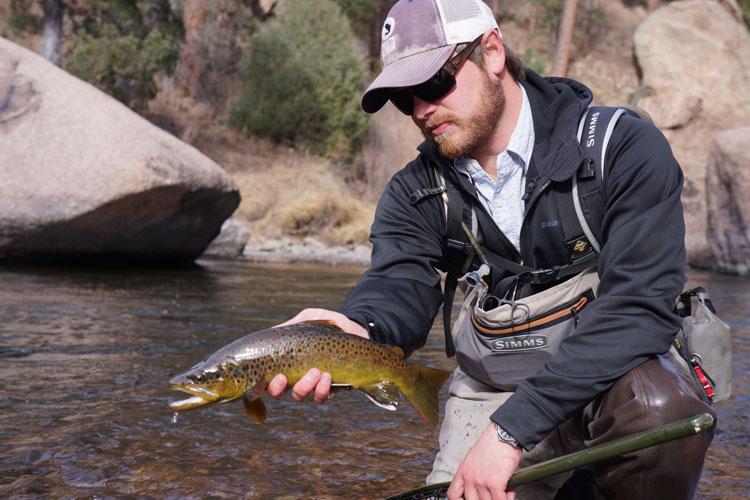 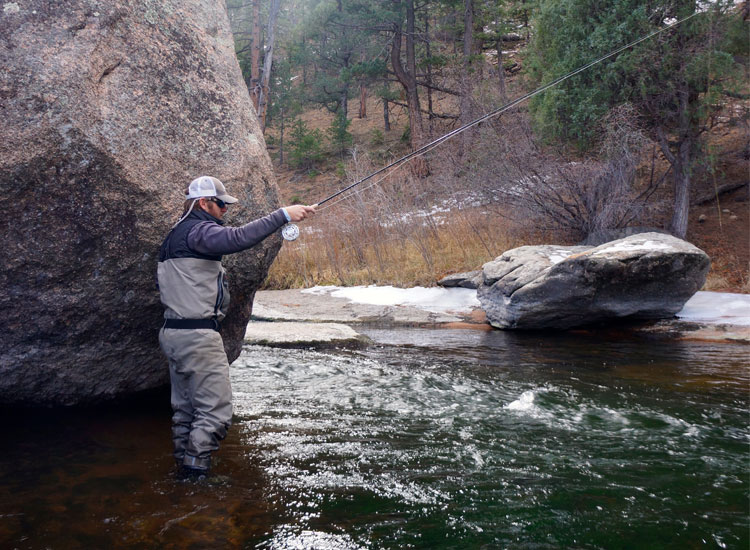 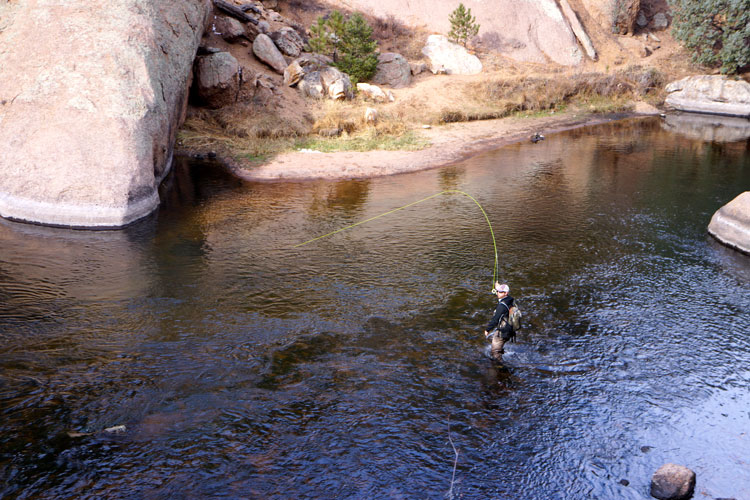 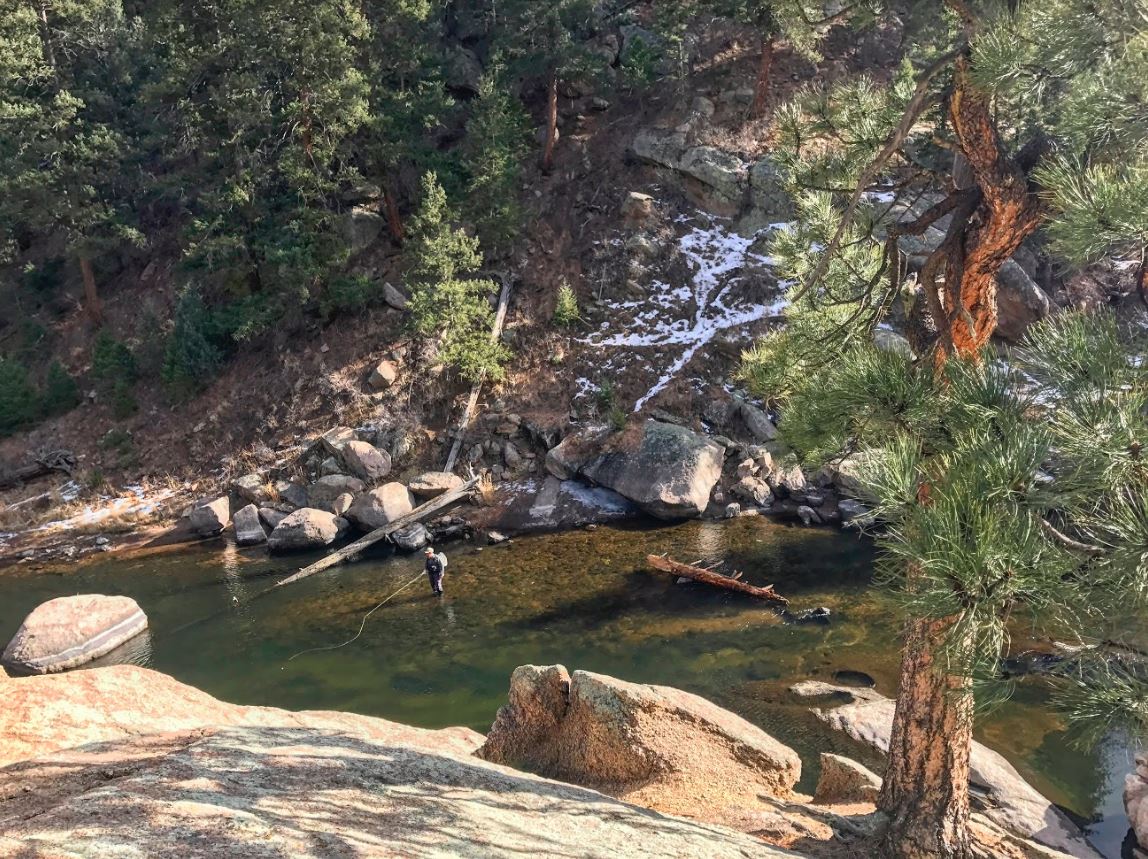 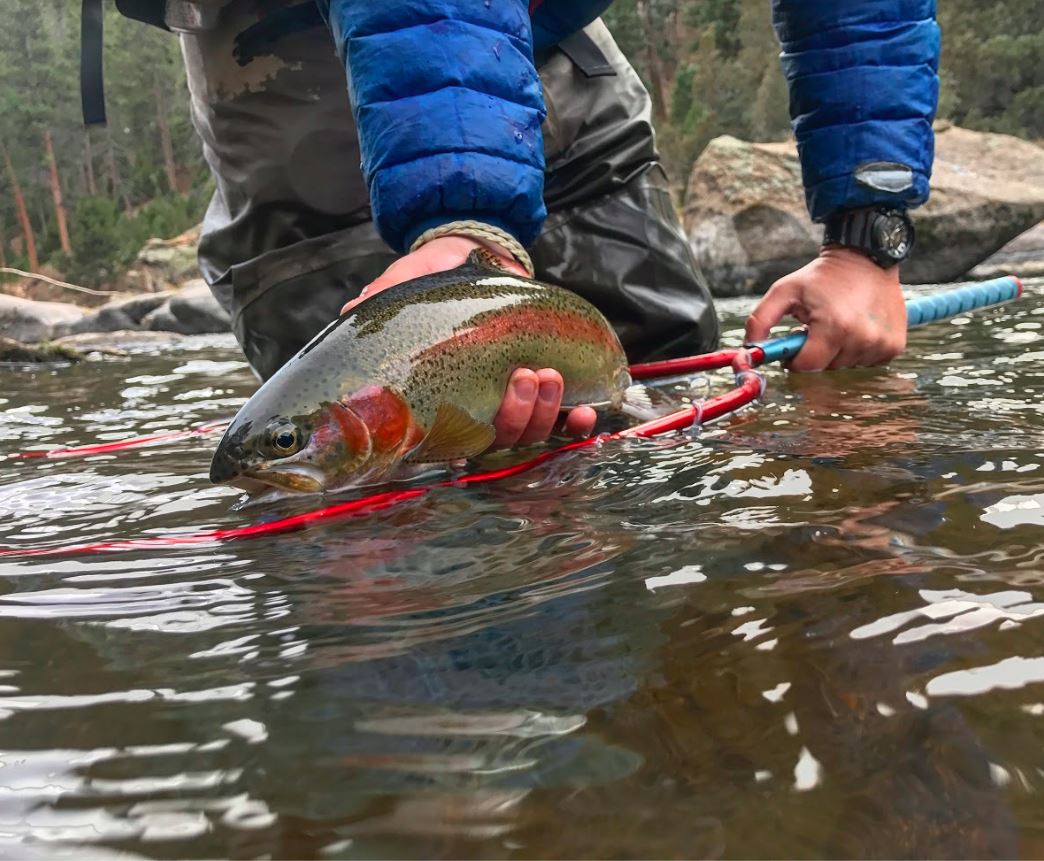