TROUTS TIES // How to Tie the Hovercraft Hopper with Eric Schmidt 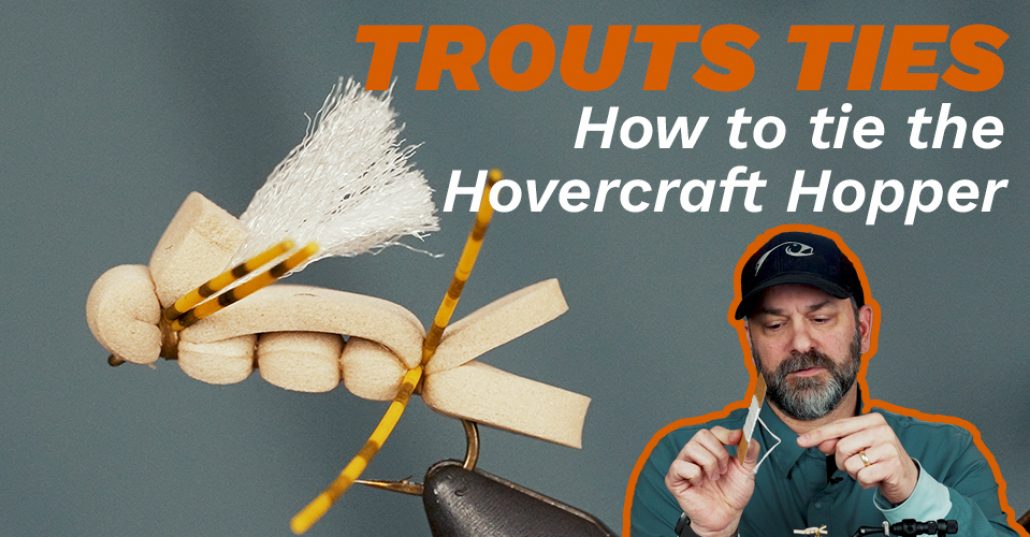 It's Hopper season. With that in mind, Trouts own Eric Schmidt swung by the studio to tie one of his go-to hopper patterns for late summer and early fall. Inspired by a trip to Patagonia, the Hovercraft Hopper is a quick and simple tie that's perfect for fishing on it's own and can hold up a heavy dropper below if that's your style. It's a great option for your favorite freestone this time of year. The idea of this fly came from a trip to Argentina in 2011. The fly list from the lodge had Chernobyl Ants on it and I tied about three dozen for the trip. When our guide asked if I had any Chornobyls I opened my box and showed him what I had. He told me they were great, but they weren’t Chernobyl Ants. When he showed me his version of a Chernobyl I was surprised to see a hopper. I have tied his version since then and have made some changes to it for both ease of tying and getting the fly to land upright with more regularity.

Step 1 - Put down a layer of tan thread covering the entire hook shank. Cut two body pieces out of tan foam, one in 2mm and the other in 3mm foam.

Step 2 - Tie in the 3mm foam piece with what will form the tail hanging off the back of the hook. It should be roughly a hook gap length for the tail. Tie in the 2mm foam piece at the same tie-in point directly on top of the 3mm foam. Make sure they are matched up and even.

Step 4 - Pull all of the materials up and back so they are out of the way and advance your thread up to a spot about ¼ of the hook shank back from the eye of the hook. Pull both pieces of foam back down to the hook and tie in both pieces at the same time. Once they are secure, trim the top (2mm) foam flush so that only the 3mm pieces of foam is left hanging off the front of the hook.

Step 5 - Take a hunk of floating yarn, if it is carded yarn there will be creases in it from where it is folded around the card, I use two sections (one fold). Tie the yarn in at the same place as you pinned down the foam at the front of the fly. Tie the yarn in the middle so that it flares and is double the thickness.

Step 6 - Tie in the front rubberlegs just like you tied in the rear legs.

Step 7 - Take the remaining part of the 3mm foam and fold it back over the body and pin it down in the same spot that the foam, yarn, and legs were tied in. This forms the head of the hopper. Whip finish and cut off the thread.

Step 8 - Trim the 3mm foam so that it is only about 3mm behind the tie-in point. Trip the yarn wing even with the bend of the hook and trim all rubberlegs to be the same length.

Step 9 - Use head cement to seal the knot and turn the fly over and put a little cement on the thread wraps along the underside of the fly for added durability.