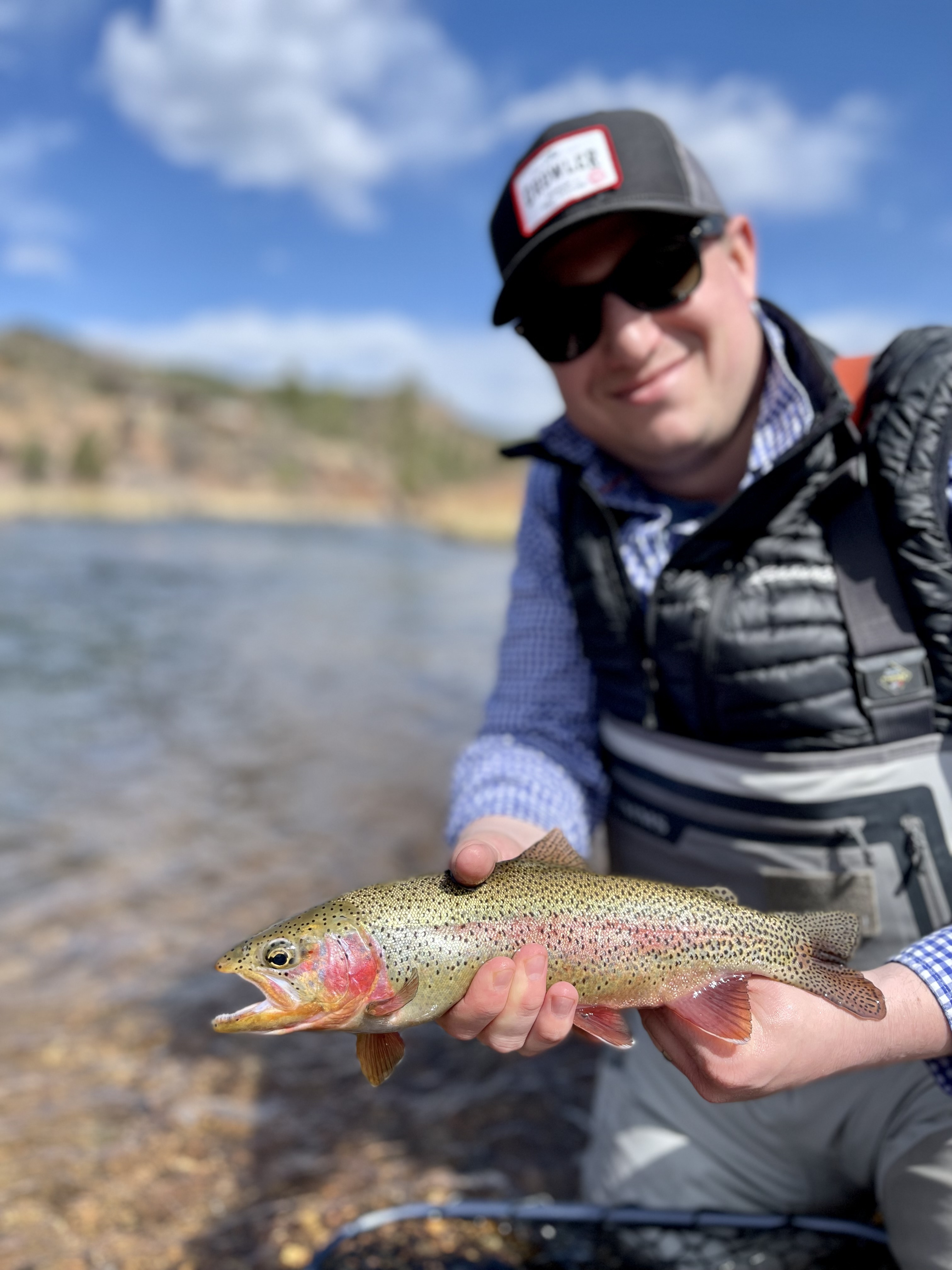 Fun morning on the water! I met my client Anthony at Deckers corner at 8am. We were geared up on the water (Trumble section) around 8:15. Right away we noticed a nice midge hatch as we approached the water. The calm conditions were ideal with no "W" (wind). I gave the run down to Anthony handed him the rod and the 2nd cast he was hooked up! Thats what we like to see. Fish ate a size #22 foam wing emerger. As the morning progressed we caught fish on midges and leeches. The sun finally got up and we were able to put eyes on fish. Right away we noticed a nice cutbow sitting on the bottom feeding occasionally. We tried the leech and foam wing, but he wasn't having it. I changed my fly selection to a worm, mercury pheasant-tail, and foam wing emerger. No reaction. I changed the lead fly to an egg. Still nothing.. The fun part of sight fishing is watching the reaction of the fish after as drift your flies drift past. Watching this fish feed naturally I knew he was catchable, but we might not have been getting the right drift. Knowing the leech is my #1 I changed back and wouldn't you know first cast the fish crushed it! I go back to it all the time, PRESENTATION TRUMPS FLY PATTERN. Maybe we didn't get the right cast or drift at first or maybe it was just the time to let the fish settle back down after walking up on him but, that fish wanted the leech! After netting that fish we were on cloud 9! We proceeded to work up river catching fish. I rate it a 5/5 because we caught that cutbow. After working our way through the run I noticed a redd above and it made sense as to why that 21" cut bow was sitting in the bucket below. Although he BIG TIME refused the egg, I believe that fish was there due to spawning activity. We continued to catch fish the rest of the day but, that cut bow was a hard one to top! We started to see some mayflies around 11am. The hot flies were Leech, Mercury Pheasant tail, and foam wing emmerger. We ended our day around 12pm with a dozen fish in the net and a few more missed.