ESSAY // 'Dummy for a Dummy' - In Search of Bahamian Bonefish 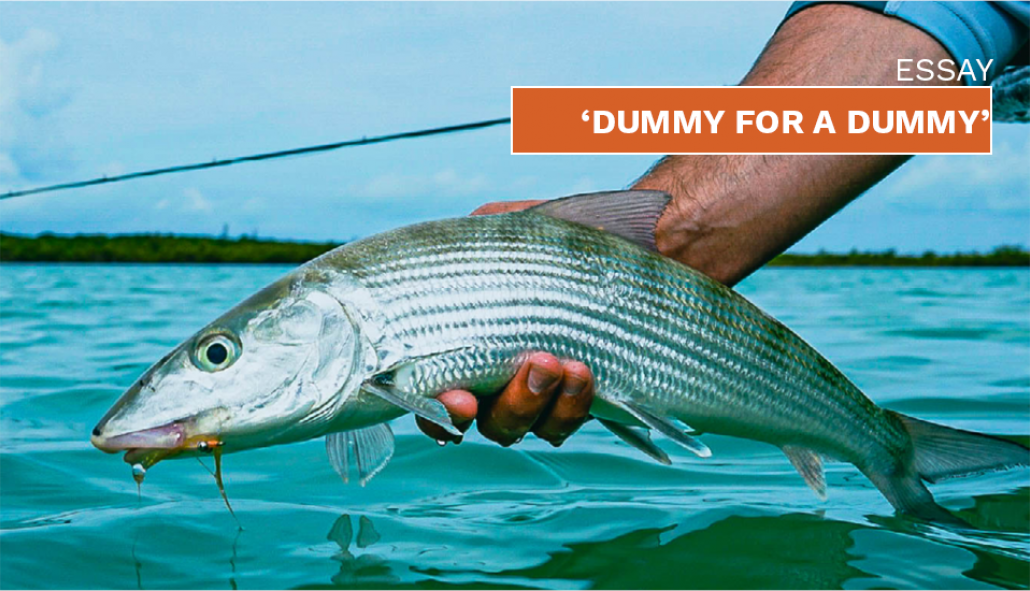 Guided trips don’t just start at 8 or 9 am. Rather, they start days, weeks, or even months out depending on your destination. They start with cold calls and often short conversations, and in my case, that was all it took. After a brief, but encouraging conversation with Bonefish Stuart, my trip was set. Stuart is a Harbour Island native, and a second generation bonefish guide. I needed no further convincing.

As we pulled into our first spot and I began rigging up, he pointed to a #4 Gotcha that I’d spun up a few weeks prior. It felt like I had passed his first test and confidence was high... maybe too high. Nevertheless, he had fish in his sights in no time. After a few minutes attempting to gain my bearings on the bow, we found some schoolies willing to cooperate.

Stuart’s vision blew me away. A true ghost hunter with eyes that only a lifetime of guiding can buy you. We had our fun wrangling in a couple of the dumber fish around the cove. As the tide receded, so did we. When we turned the corner, cruising off the shelf were two fish that revealed why the Bahamas is the bonefish capital of the world. I readied my fly, checked my line, and began my cast. Deaf to Stuart imploring me to lay it down one false cast earlier, I punched it in too close. The potential double-digit bones vanished in the same fashion they appeared.

It’s hard not to let that kind of botched shot get to you, but there's always the next one to focus on. We abandoned the boat for the remainder of the day.

On foot, the search began again. However, we weren’t the only hunters looking for bonefish as the lowering tide forced them out of hiding. Sharks and large barracuda joined us as we patrolled the shelves and mangroves. It seemed like every time we spotted, presented to, or hooked a fish, they were there to meet us. Frustrating, to say the least. We moved on for the sake of the bonefish.

Unfortunately, time was running out, as it does on any day of fishing. After arriving at our last location, spotting several flashes and the occasional tail renewed our confidence. Out of the corner of my eye, just as I had dropped my fly and begun my cast, I saw a large wake crashing through the school of fish. Out of the other side swam a four foot barracuda.

We waited until the last twenty minutes of the trip for the fish to return to feeding. Patience pays off. In any fishing story, it’s the buzzer beater that seals it. This story is no different. A “dummy for a dummy,” as Stuart put it. He was describing both myself and the bonefish that was sporting scars from previous close encounters.

Do your research, tip your guides (good days and bad), and remember... it’s just fishing.