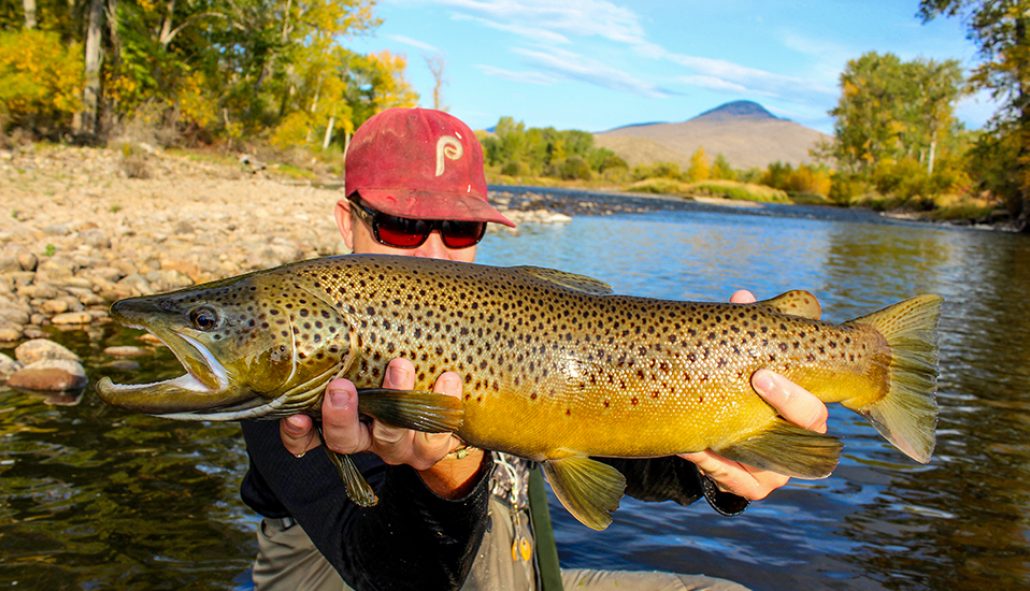 It's the summer time and like Tanner wrote last week, you should be fishing dry flies today, tomorrow, and every day through the rest of summer. It's true...but you should also be throwing streamers too. Many people think of streamer fishing as something that should be reserved for the fall. I don't agree. Some of the most visual and exciting streamer takes happen during the summer time. Fish are happy, feeding, and holding in some of the coolest shallow water, cutbanks, knee deep runs, and faster pocket water. Fishing a floating line and streamer that you're confident in can make you wish that our summer days wouldn't end. So, without further ado, here are five tips to fishing streamers in the summer.

- Move into position for each cast - don’t become a statue - This tip can apply to any aspect of fly fishing, but it definitely rings true when fishing streamers. Achieving a natural presentation depends a great deal on the amount of line on the water, your angle to the current, and the distance between the fly and your rod tip. It is easier to manage these things when there is less distance between you and the fly. When I first started fishing streamers for day long summer benders, I found myself thinking to myself "I can make that cast" and letting a long cast rip. I ended up presenting the fly like Clark Griswold trying to turn on his christmas lights...tangles, unlit bulbs, and disappointed grandmother-in-laws everywhere. I've come to learn that I want to manage as little line as possible and long casts aren't going to help my situation. As a general rule, bad presentations don't catch fish. While I'll often preach that there's no wrong way to fish a streamer, I definitely feel there are more productive ways to fish streamers. Tangles around my boots, reel seat, and packs straps generally don't lead to me catching fish. Just because I could make the cast doesn't mean I should make the cast. I found more success when I moved into a good position to present the fly.

I used to prescribe to the idea that color was king. Switching colors and patterns every 15 minutes until the right combination clicked. Maybe I've grown older and more set in my ways or I'm just a little bit lazier, but I really like fishing black articulated streamers. Marabou and flash are a must. Sure, I'll put on olive, white, orange, or yellow if I'm feeling like the light and water conditions are right, but black works for me. Whether it's sunny or overcast, high sun or a setting sun, I can find another reason that black is the color I should be fishing. That's not to say that the other colors won't work...perhaps even be more effective on certain days, but I'm confident in black. When I fish with confidence and I'm not second guessing myself or my streamer choice, I'm a better fisherman. I'm more determined. I'm more focused. I'm more engaged. I believe every cast to every piece of holding water will result in a fish. Maybe it's a selective memory, but that condfidence tends to pay off. So, find your confidence fly and fish it hard. Trout hold everywhere in the summer. So, you meant to cast your fly into the far seam and your loop didn't turn over and your fly ended up in the middle of a deep run. Fish it. Fish it confidently. Fish it like you just laid down the cast of your life. As long as your fly is in the water, you have a chance of catching fish. Several years ago, I caught a beautiful healthy 23" rainbow on the middle Eagle. I'd like to tell you that I made the perfect cast to an undercut bank and the fish hit the fly the moment it touched the water. But, I'd be lying. I just got done fishing a run methodically and didn't have anything to show for it. So, I started to cross the river to work another prime looking set of runs and pocket water. As I crossed the river, I left my streamer in the water and let it swing down below me. A couple of seconds later, my rod almost flew out of my hands. Fish on. 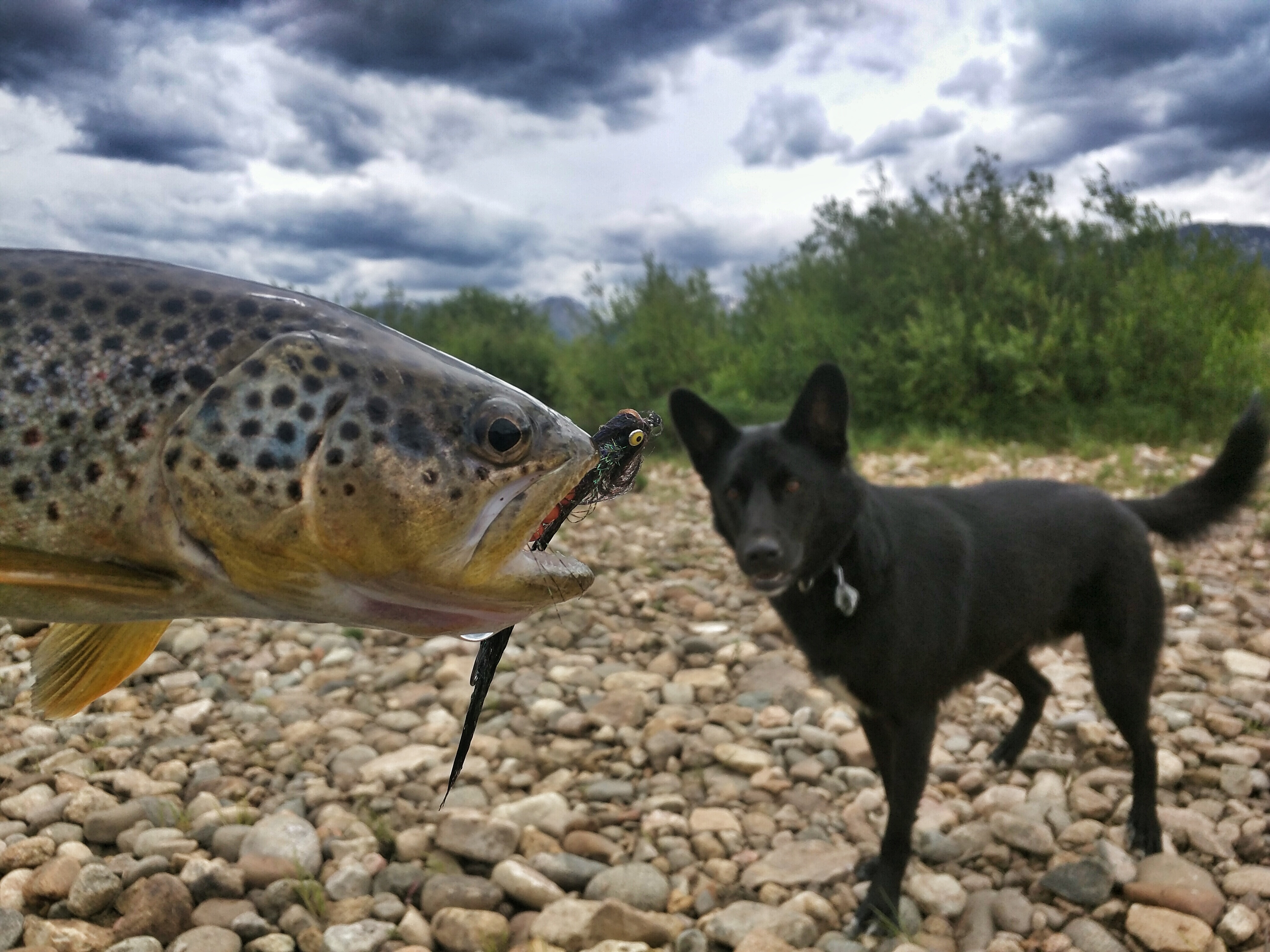 Early on in my trout fishing career, I spooked my fair share of summer fish in the shallows, at the heads of runs, and in the skinniest water I could imagine. I'm as slow as the next guy, but, putting two and two together, I started to realize that a fish that's willing to risk being spotted by a heron, osprey or eagle, is a fish that wants to eat a fly and is probably a fish that would be willing to move to get that food. Many times, the fish that hold in the same in-between water that Tanner mentioned in his Dry Fly piece, are the same fish that will chase a streamer with reckless abandon. Those fish are looking to eat and put on some Lbs before fall hits. 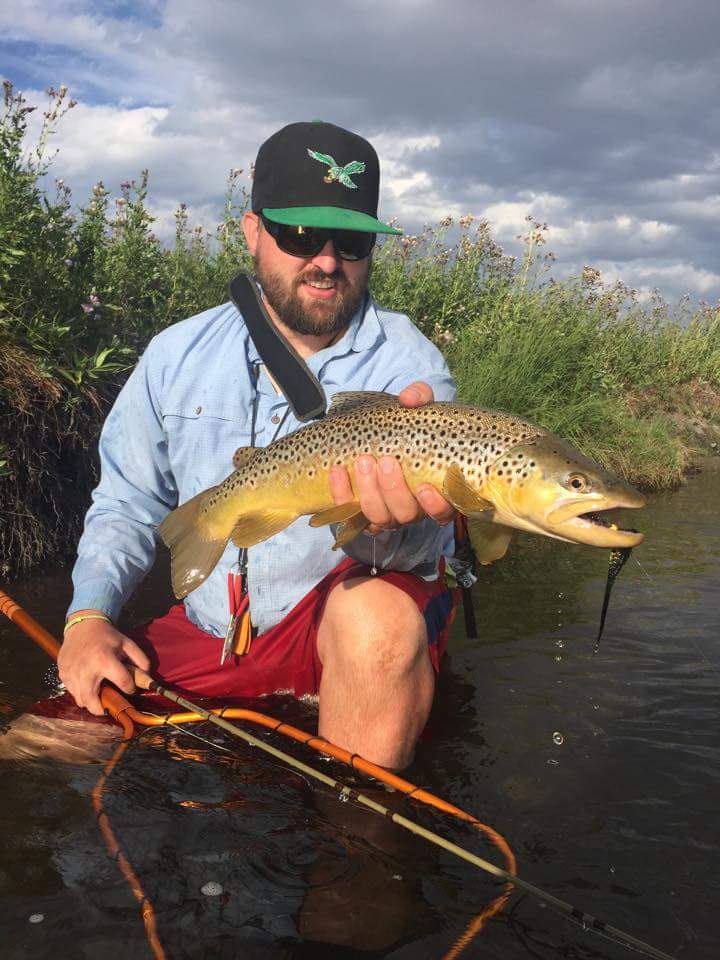 If you throw streamers on a regular basis, failure is something that you'll have plenty of opportunities to really relish in. I might get skunked. I might inexplicably miss 20 fish in a day. I might have a hook-up to strike ratio way below the Mendoza line. But, I'll take all that failure in a heartbeat over looking at a indicator on a never ending summer day on the water. It's hard to beat the visual excitement of a brown trout chasing a big streamer out of it's holding water. It might short strike several times, investigate, stun, nose the fly and then ultimately spook, but I've experienced more ups and downs in that 2 second burst than I ever have missing indicator bounces. An active fish is hard to beat...and while I definitely wanted to catch that aforementioned fish, the memory created by that 2 second burst of action, will be etched in my brain when I look back on that day in the years that follow.