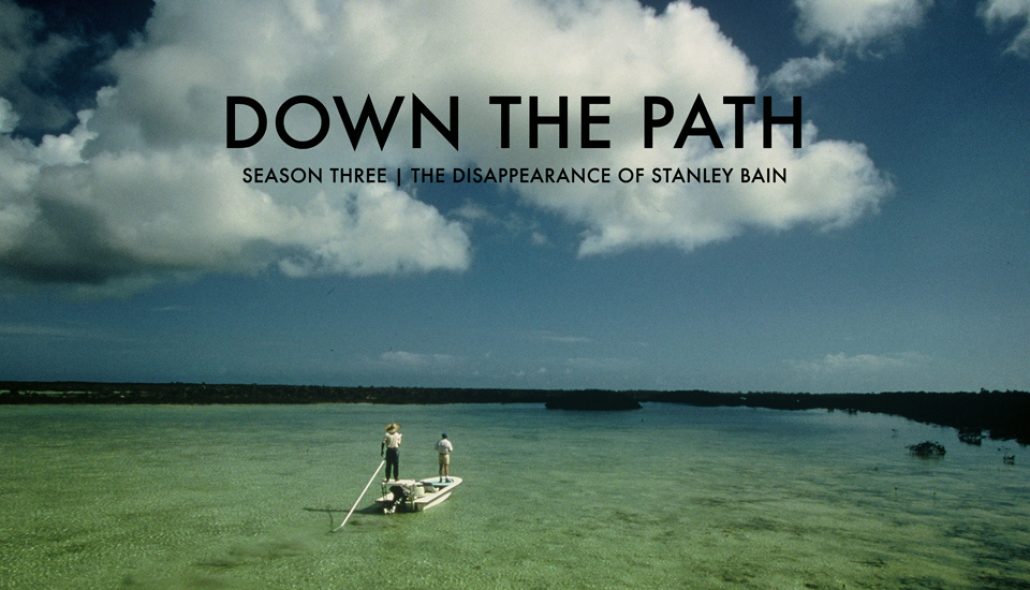 We're shining a little light on our good friend Will Rice and the third season of his podcast "Down The Path." Will, a freelance writer, a connoisseur of fine tequilas, an international angler, former host of our own CURRENT podcast, and former Marketing Manager here at Trouts Fly Fishing, is back with the THIRD SEASON of his acclaimed podcast - DOWN THE PATH. If you missed the first two seasons, catch up HERE (S1) & HERE (S2).

Here's the rundown from the man himself.

Down the Path Season Three examines the unsolved disappearance of fly fishing lodge owner Stanley Bain, his brother and three crew members who went missing on – or after – August 5th 1995. They left Andros Island, Bahamas in a 36 foot cabin cruiser with two additional skiffs. From all accounts, their mission was to go on an extended lobster fishing trip to support the Cargill Creek fly fishing lodge and help feed clients for the upcoming fishing season.

The five men… the three boats… were never seen again.

After conducting hours of interviews and research three questions continued to surface about the disappearance:

· Was it some type of accident at sea – perhaps mechanical – weather related, or a combination of both?

· Was Stanley Bain robbed, killed, and his boat hijacked by pirates while lobstering – perhaps somewhere near the island of Cuba?

Down the Path is an original podcast and writing project created by Freelance Journalist Will Rice. The six-episode series is edited by Rick Mikesell and co-produced by Jason Rolfe.

Will has written about fly fishing and travel 15+ years. His work has been included The Denver Post, The Drake Magazine, The Flyfish Journal, Fly Rod & Reel, Saltwater Fly Fishing, OutsideMagazine.com, and Angling Trade, among others.

For more information or questions about this new podcast, please visit downthepathpodcast.com or email Will Rice directly at williamhrice72@gmail.com.

We wanted to note a couple of things about this season. Number 1 - our very own Rick Mikesell edited this season AND every episode of this season was released at the same time. That means you can binge Season 3 of Down The Path whenever you want.

"DOWN THE PATH" is available on iTunes, Spotify, and Stitcher. For more, check out their website!

Check out the trailer below!