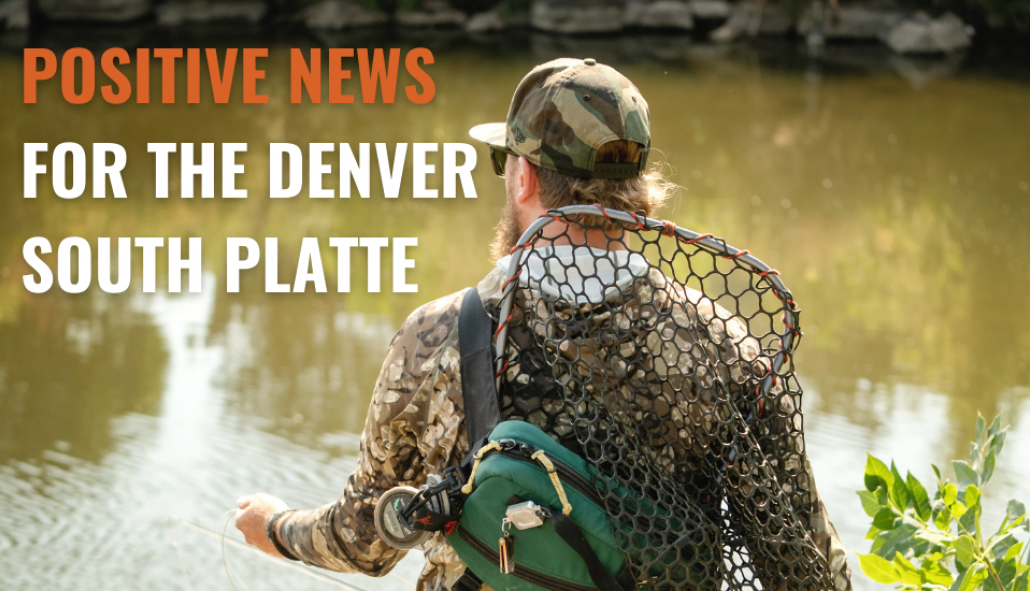 Last week Colorado Trout Unlimited notified the public about some positive improvements regarding the Denver South Platte. Read the press release below!

Local residents and advocates for the Denver South Platte received an early holiday gift last week, as the Colorado Water Quality Control Commission agreed to set a hearing in September 2022 to reconsider its 2020 decision rejecting a strengthening of water quality protections for the improving Denver South Platte and lower Clear Creek. A coalition of groups from Green Latinos to Denver Trout Unlimited to Conservation Colorado joined in requesting the re-hearing of this issue; their petition was approved by the Commission last week. (You can read more coverage with the Colorado Sun here.)

Many of the community and conservation partners who petitioned for this rulemaking also took part in an earlier statewide rulemaking, where they defeated a broader proposal to weaken “antidegradation” protections for a range of Colorado waterways. While the Commission rejected the rollback proposed earlier this year, they did not at that time agree to revisit the standards applying to the Denver South Platte and Lower Clear Creek - even though the level of protection on those reaches was inconsistent with the Commission’s statewide policies.

The issue arose in 2020 when the Commission rejected antidegradation protections for the reaches, despite them qualifying under the statewide rules and being recommended by staff. Community members and allies were particularly upset by the Commission’s rationale which said such water quality protection was appropriate for “pristine mountain waters” – raising significant pushback from urban river advocates and local communities on environmental justice grounds.

“So much work has gone into improving the Denver South Platte – with even more to come – and it makes no sense to allow weakened water quality protections to jeopardize all that progress,” said Sam Agnew, President of Trout Unlimited’s Denver Chapter. “We’re grateful that the Commission recognized the need to take a fresh look at this issue and hope the new rulemaking will give the river the stronger protections it deserves. Denver TU will stay vigilant in monitoring this issue in 2022 and any other plans that arise that could possibly negatively impact our home water.”