TROUTS TIES // How to Tie the Tsunami Bomb with Eric Schmidt 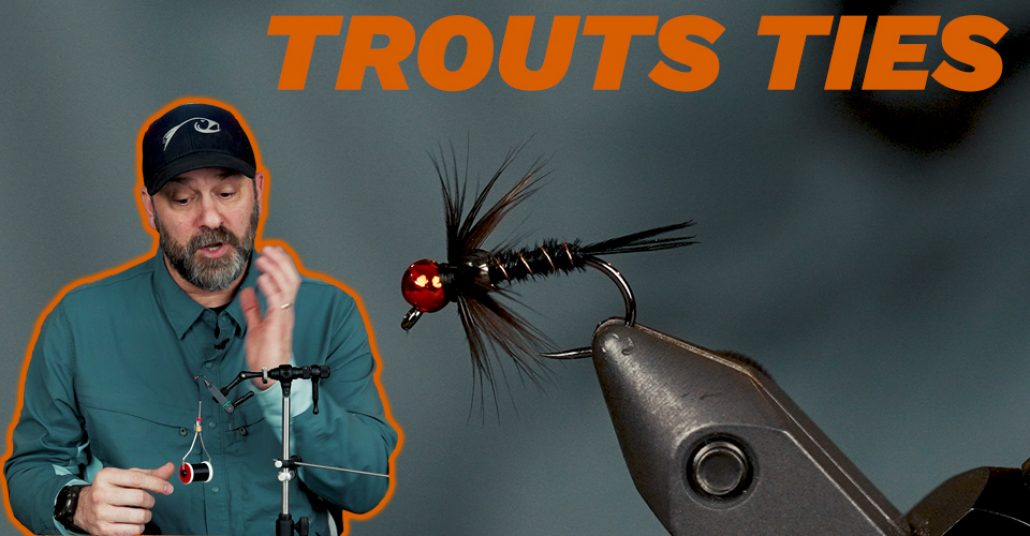 Trouts own Eric Schmidt swung by the studio to tie one of his favorite heavy flies that he uses to get his nymphing rigs down no matter the season. Inspired by his recent foray into the world of euro nymphing, the Tsunami Bomb is a quick and relatively simple tie inspired by the pheasant tail and some of his favorite double-beaded flies. It's a great option for your favorite freestone or tailwater this or any time of year. This pattern is all about weight. I’ve used the Orange radiant bead Pheasant Tail for a few years as a heavy first fly and as an anchor fly in a Euro rig. I was looking for something that was very heavy but could still be tied in smaller sizes and it’s hard to beat a Pheasant Tail. So, the Tsunami Bomb was a variation that I came up with that is heavy, has a dark silhouette, and the pop from the orange radiant bead.

Step 1 - Place the beads on the hook, orange first and black second. Then tie in black thread and cover the hook shank even with the barb of the hook.

Step 2 - Take a small clump of black pheasant tail (3-4 fibers) and tie in for the tail with three tight overlapping turns of thread. The tail should be no longer than a hook gap in length. Do not trim off the excess pheasant tail.

Step 4 - Move your thread around and to the front of the pheasant tail fibers that are left over from the tail and wrap those fibers up to the black bead, but don’t crowd it. You want the beads to stay loose.

Step 5 - Wrap your wire up to the black bead to form the wire rib and tie off. Break off the remaining wire.

Step 6 - Whip finish your thread behind the black bead and re-tie it in between the two beads.

Step 7 - Take a single black hen feather and strip off all the fluff at the base of the feather. Tie in the feather and make two turns around the hook to form the soft hackle. Tie off and make a few turns of thread in front of the feather to help it to angle back over the black bead.

Step 8 - Whip finish and put a dab of head cement on the knot for added durability.