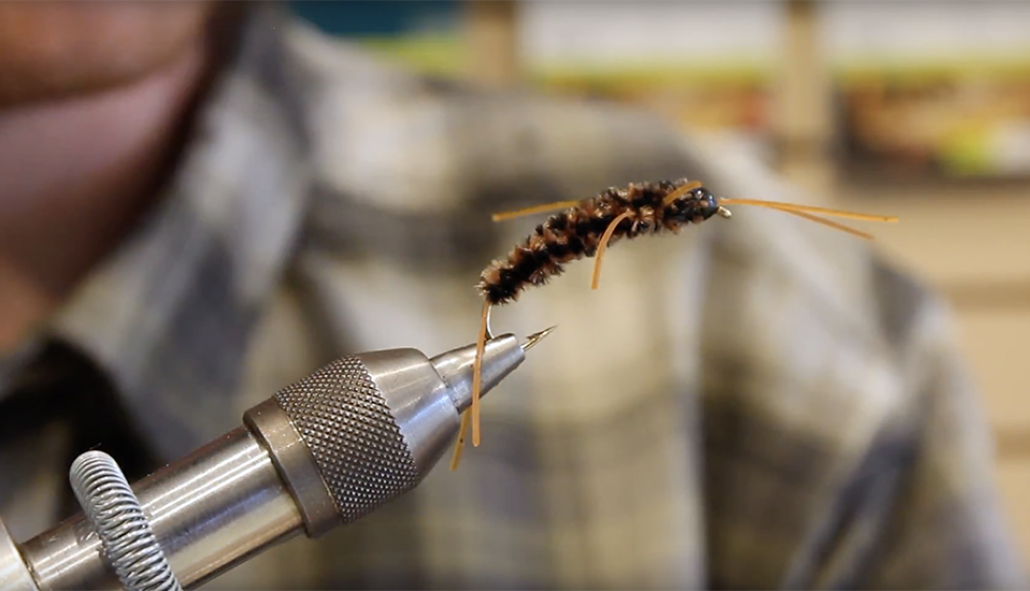 With spring quickly approaching, some stonefly hatches just around the corner, Trouts Frisco Guide Josh Diller figured I would start stocking up on some heavy stone flies. These flies catch fish year round, but prove to be especially effective throughout spring, as the stoneflies prepare to hatch. This is a Lance Egan variation of Pat's Rubber Leg. Josh says, "I don't know what it is about this fly, but as many of us know you can tie up a handful of detailed stonefly patterns and on any given day the Rubber Legs will out fish those other stone fly imitations."

Josh Diller's Fishing Tips: "Poppin pats" - This fly is imitating a stonefly, a stonefly will swim in the water. If you've ever seen them, they will swim in a darting backwards action. I use the term "poppin pats" because I like to cast this fly (especially out of a boat) at the bank, as soon as it hits the bank, I will give the fly a jig or popping action from my rod tip kind of like a streamer or "slap n' tickle" action. Three pops and STOP, I let it sink and dead drift. Sometimes this will trigger and eat right away! Something about those rubber leg action giving it that stonefly swimming action. Even in the walk and wade scenario, maybe I am casting to the middle of the river. Come spring the adult stoneflies are making their way to the banks preparing for the spring mating season. So at the end of my drift I will let the fly swing and give it a jigging motion in an attempt to trigger an eat! During high water or the salmon fly hatch, I will jig the fly along the bank, this can be very successful.