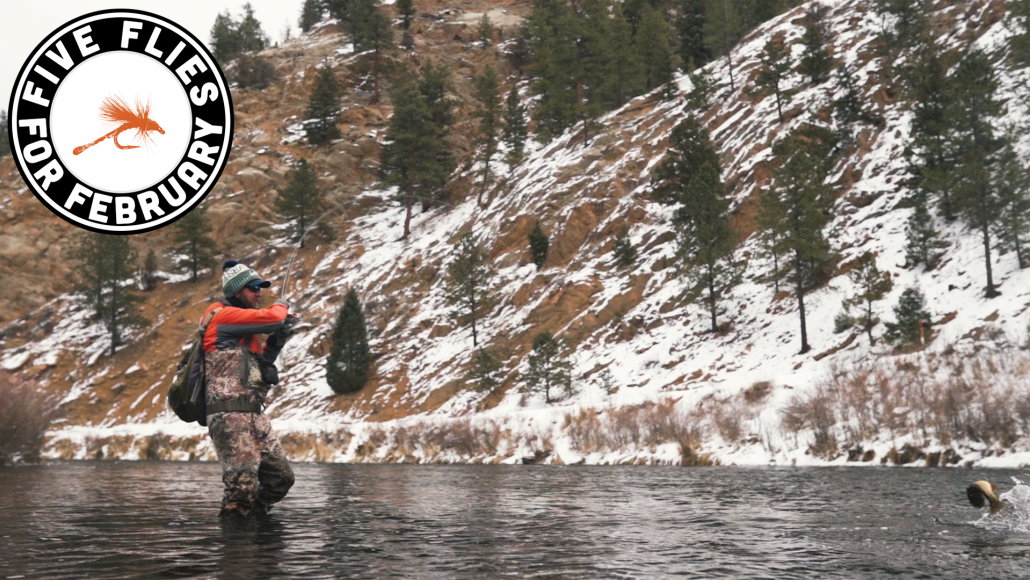 For this month's edition of Five Flies, we followed Trouts Denver Head Guide to some of his favorite haunts along the South Platte near Deckers.

February is typically the month when winter fatigue sets in for many anglers. Good news, February is also a month when we should expect things to start changing a little bit. Days are getting longer. Water temperatures start to rise...a touch. Stoneflies are shucking their exoskeletons and are more readily available than normal. Red Midges start to play a larger role, especially along the tailwaters. It's not much, but it's a change and hint of what's coming over the next couple of months.

Come for the flies. Stay for Scott's Guide Joke of the Month. It's at the end. The very end.

Get your Five Flies for February in-store or online.