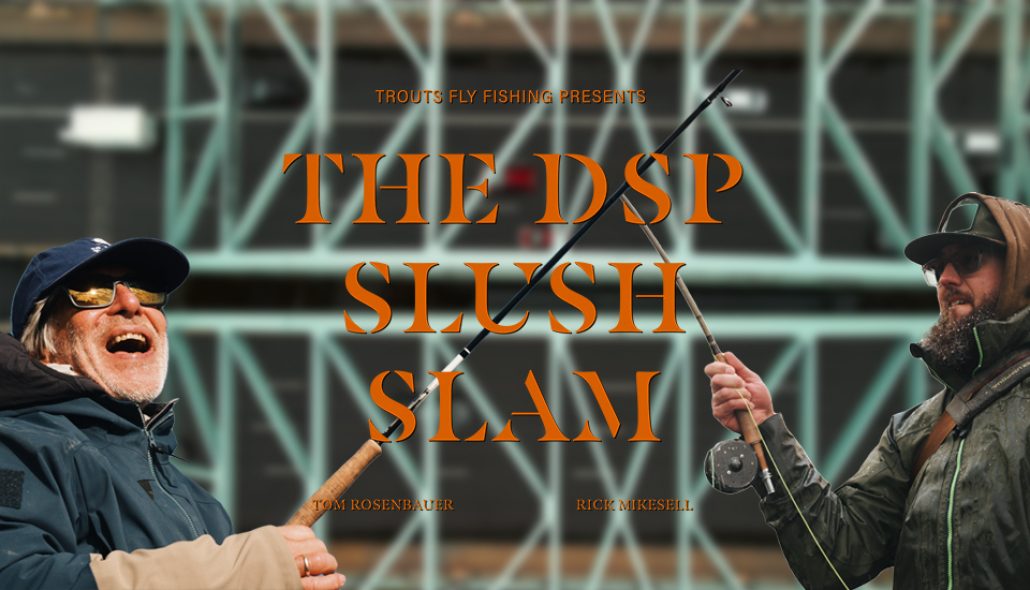 The Grand Slam is one of the most challenging scenarios that a fly angler can achieve. Traditionally, in the world of flats fishing, to pull off a Grand Slam requires that the angler catches a tarpon, permit, and bonefish all over the course of one day on the water. Anyone who has spent time on the front of a flats skiff knows that accomplishing the Grand Slam is no small feat and it requires every bit of skill and luck an angler muster.

Back in October, everyone's fly fishing mentor Tom Rosenbauer, the host of the Orvis Fly Fishing podcast - among many other things, was making the rounds on the Front Range and we were able to schedule a day on the water with the legend himself. An honor to say the least. Here was the catch - Tom only had a couple of hours to get out with a speaking engagement later in the day. Mr. Rosenbauer - who is no stranger to fly fishing for carp - wanted to check a Denver South Platte carp off his list. Luckily, our own Rick Mikesell is a certified DSP junkie and knows the ways of the common carp (as well as the stocking history - just ask him about it).

As our day on the water neared, it became painfully clear that the first snowstorm of the season was going to make its appearance the very same day. So, it was time to pivot. We devised the elusive DSP Slush Slam. What does the DSP Slush Slam entail? An angler must catch a common carp, white sucker and rainbow trout out of the Denver South Platte during a winter storm.

What makes the DSP Slush Slam so challenging? Well, carp are a tough enough quarry when water temperatures and sunlight are more favorable. Rainbow trout are only seasonally catchable in the DSP. The white sucker, well this native species is becoming pickier and pickier after we threatened to change our name to SUCKERS FLY FISHING.

Here was our attempt at achieving the DSP Slush Slam with the one and only Tom Rosenbauer.