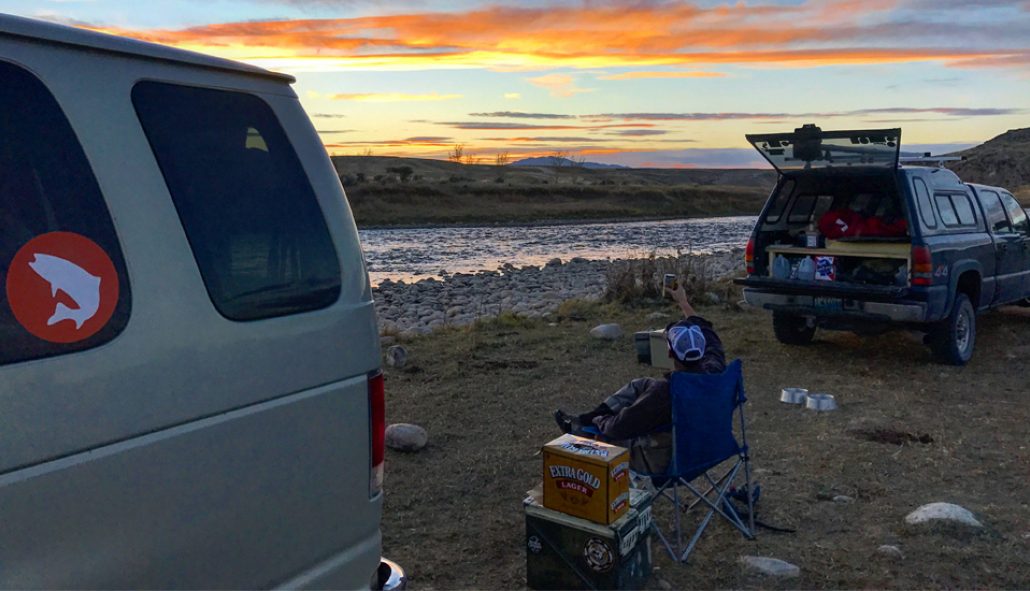 Before we get too much more into this, allow me to introduce the author. Brian Hume is our Regional Marketing Manager and Senior Guide for our Trouts Frisco location. Brian has spent more than 2 decades in the Summit County area and knows the local waters as good as (or better) than anyone you'll find. A day spent on the water with Brian is without a doubt going to leave your arm sore from fighting so many fish, but more than that, is likely to leave your side even more sore from laughing so hard throughout the day. If you've ever fished with Brian you already know what I'm talking about. If you haven't met Brian yet don't worry, it's perfectly normal to think, "How in the hell does that guy have so much energy??" once you do. And the good news is, aside from his mastery of the river and one of a kind, unforgetable personality, Brian also likes to pound out words on the keyboard from time to time. We look forward to Brian's regular contributions to the Blog moving forward. Enjoy.- Kyle Wilkinson

It was the maiden voyage of the Trouts Adventure Van and the plan was pretty simple. Head north of the Colorado border to target some big browns in Wyoming. Most of the crew had to work the day of departure which put us leaving around 5PM from the Trouts Denver store. Once the mandatory fly-fishing stickers were installed it was time to hit the road. Except for a quick stop in Fort Collins to pick up Zeb, code name “snacks”, the drive was pretty smooth thanks to the tunes of Greensky Bluegrass and a few classy pickers. Now, the Trouts Van is as fishy as they come but she has had a few previous lives- both shuttling people from Breckenridge to DIA as well as enjoying countless days in the construction trades as a rolling tool box. Given her varied past, she took the transition to hardcore fishing rig paired with questionable internal conversations quite nicely. We tested the waters with the topics of post mexican food bowel movements and IPA influenced flatulence. As expected, all 10 cylinders of American muscle under the hood kept on pumping without a hitch. I think our gas mileage might have even imporved slightly. (Pun intended)

As anticipation manifested into reality, we welcomed the dirt road with frosty, cold ones that had been eagerly awaiting us in the cooler. It was pitch black when we pulled into the camping zone so we had to search a few campsites (no cellphone service) before we found our buddy Matt, who had been crashed out in the back of his truck in preparation of our arrival. I won’t go into too much detail about the next six hours but lets say it has many similarities to the night before a huge powder day with spontaneous whoot whoots and high volume bantering. The only pauses in the commotion a result from laughing too hard.

Sunrise came way faster they any of us expected with a nice frosty layer coating everything. Strong coffee accompanied by substantial bullshitting got everyone gearing up in waders and stringing rods. From here on out the events that took place blur together. It looked like this as the day started:

I think we all know the feeling. You began the planning process weeks ago. You’ve looked at the calendar over and over. Bags began getting packed and camping gear assembled only to sit in the middle of the living room waiting. Weeks turn to days and eventually the day comes. Then there’s the drive. Finally you find yourself standing in the river unhooking flies from the guide and setting up for the first cast of the trip. THAT is the feeling. It is comprised mostly of uncontainable excitement mixed with the anxiety of not producing. Fear not young soldier. You're in the hands the Trout's Team. You see, I had not fished these waters before and knowing the experience level of the rest of the crew left me a bit cotton mouthed. It wasn’t long before the riffle they had posted me on had my rod bent in half. We were 'team fishing', where one or two guys fish and the rest stand on the bank heckling. “He’s into a BIG one!” the crew yells as one of them dashes down with the net. “Felt like a pretty good hookset” I’m thinking as I get him on the reel. Something is definitely different though, I haven’t even moved him after a couple minutes (okay okay, it was likely only 10 or 15 seconds but it felt like multiple minutes). Finally, the fish slowly moves up a few feet then starts to veer away from the bank into the deeper water. The fly rod just keeps bending. Whoa. I reach for the drag and loosen it hearing Matt say, “ He doesn’t even know he's hooked yet!”. By now the rest of the team is engaged and watching the fight go down. But as quickly as every great story starts, it ends just as fast with the fly pulling out of his mouth. “Rookie!”, “JV”, “Ooooo”, “that sucks” all quality comments from the dugout. My turn to sit it out on the bank for 12 ounces of timeout. We all took turns between time spent fishing and time spent chumming it up on the banks, heckling when the fish started hammering and telling jokes when they weren't. That afternoon was filled with netting some of the nicest fish I have seen and watching the whole crew get into them was just as much fun as hooking them myself.

This cycle played out for two days. It was rinse and repeat. Somewhere between laughing and fishing I caught myself thinking about how powerful road trips can be. The comradery and friendships that are built from the common bond of fly fishing are strong. Guys who help pull a fly out of your dog's leg are the guys that are one your team...and yes that really happened. Road trips in the Trouts Van are for all the folks who appreciate the journey and the ones that live like there is no tomorrow. So the challenge is to get your team together, to get out around a campfire, to bringing out the best in your crew, and fish together. Because you’ll never laugh harder. So, if you see the Trouts Van the next time you are out on the river, head on over and tag in.